What makes us human?

Any problems? Have me check out your home or office sound setup, and give you a full report... 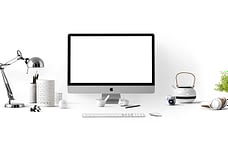 A really nice example of really good sound and picture

Receive an email when we publish a new post

Did you ever think to yourself, ‘Have I actually ever grown up?’

I’ve been a fan of ‘What makes us human’ – a regular feature on BBC Radio Two for some time, where they ask individuals who have attained some degree of prominence to write a short essay on what they feel makes us human.

And just the other day, I listened to Janet Ellis’s contribution to this series of essays.

Janet Ellis was a Blue Peter presenter whom I remember vaguely. In her essay, she describes adolescence as the thing that she thinks makes us human. The fact that we’re the only animal that has this stage of life that happens after childhood and before adulthood.

She describes how important this period is: time to develop those more grown up skills, attitudes and behaviours that will make us more able and more acceptable in an adult world.

But listening to this, the answer to my own question ‘Have I actually ever grown up?’ became clearer to me.

And I don’t think that I have!

I went straight from school into the music biz wanting to be a rockstar, and succeeded in have a good twelve or so years as a musician first and record producer second, when I simply had a great time. Looking back, I now think that that was my adolescence.

But, since then, I honestly don’t think my attitudes, behaviours and beliefs have really changed much at all.

So what does that make me? (Don’t answer that).

Anyway, enough of me. Have a listen to what Janet has to say, and then come back and tell me if you got any sense of, perhaps, not being as grown up as you might have thought. Thanks.