I spent many years in the music business, first as a musician in a band signed to a record label, and ultimately as a record label owner signing bands and artists to my own label.

I was also a song-writer signed to ATV Music Publishing (now Sony/ATV). So I was very used to submitting songs to my publisher for their appraisal.

They would always say, “A rough demo will be fine. Just record the song with guitar and voice. We’ll be able to tell whether it’s any good or not.”

Having the advantage of owning my own studio, I was able to make really high quality demos of my songs, but I didn’t always do that.

You know, sometimes you’re in a hurry and just want to get the thing done, etc.

Well, I have to tell you that on more than one occasion, my rough demos got the elbow. They got rejected.

And because I’ve always been a curious kinda guy, and wanted to test the theory, I would sometimes re-record THE SAME SONG using High Quality production standards, and guess what? They were more often than not, praised AS GOOD SONGS. These were the only songs that they would pass on to successful artists for consideration to record.

So what’s the lesson here?

Your audience will tell you that you don’t need to have high quality production values – particularly when it comes to sound.

They will say things like, “as long as we can hear what your’re saying that will be fine.”

But as my story illustrates, it’s not fine. You will do better if your quality is high than if it’s low.

And the worst thing is – MOST PEOPLE WON’T KNOW THAT THE QUALITY WAS WHAT MADE THE DIFFERENCE!

If record biz pros can be mistaken, then I think that gives us a very clear message. Even if they say you sound fine – DON’T BELIEVE THEM until or unless you’ve checked!

Have a lovely day.

Or better still – click here to make an appointment with me – I can help you out! 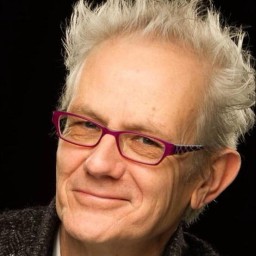 I'm QJ, and here to help singers, speakers, musicians, podcasters, and vlogers UP their online (and live) sound to 'HIGH'.

A really nice example of really good sound and picture